The Folly of Unsolicited Advice, by Andrea Geones 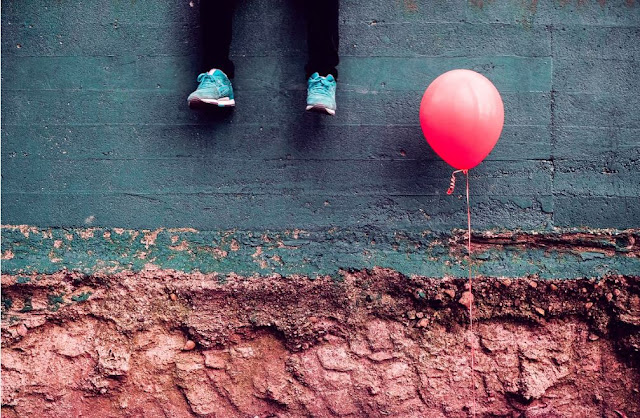 The Folly of Unsolicited Advice

By Andrea Geones of Words Between Coasts.

Everyone - everyone - thinks that they know better than you. That’s a fact.

I always seem to find myself the target, or should I say victim, or everyone’s uninvited suggestions, advice, recommendations, and whatever else they’ve got clanking around in their brains. They approach with the best intention, I’m sure, but rattle on about whatever it is THEY think I need, instead of opening their eyes and realizing that I have my headphones on, book in hand, and that all I want to do is enjoy my cup of tea in peace.

I used to have a person in my life who derived his greatest pleasure from explaining to me (and others) that the reason why I am not yet successful is because I have a fear of success. Other than the complete, absurd gall of this person to be deciding for me that I’m not successful without bothering to ask if I personally feel that I’ve found success in my life, I’d grow weary of his constant criticisms disguised as concern. Some may call it mansplaining, and, while I may not necessarily disagree with this sentiment, I’d call it his own fear of success.

He is not the only person in my life who has played know-it-all. Many other wannabe-educators have placed their own versions of the roadblock in my way that they call ‘help’. This ‘help’ has rarely proven to be useful, instead tripping me up on my path that they have unintentionally tried to hijack.

A thing that these interactions all have in common is that these people who seek out friendly, quiet faces to lecture are the ones who are not taking their own advice. The fear-of-success man liked to think himself something of a motivational speaker, or maybe a life coach, and I will admit that he did have a certain charisma about him. But his charisma was a pretty transparent veil over the fact that he had not found the success in his life that he craved, and so he felt a compulsory need to accuse the rest of us of the very thing about which he was in denial.

If there’s one thing I’ve learned, it’s that you should never follow the advice of someone who is not successful in the thing they’re telling you to do. Unfortunately, those are the very people who feel the need to spread their wisdom of folly to those they believe to be less knowledgeable than them. However, this advice, if followed, at best keeps the recipient stagnant; at worst, it sets them back quite a few steps.

But, don’t be angry at these obnoxious, faux know-it-alls. Instead, pity them. They are unfortunate souls who have not found happiness or fulfillment. Any semblance of gratification they feel is from the fact that they believe they are helping you. It’s sad, because instead of learning how to be content in their lives, they try to control other people's destinies. Then, at the end of the day, they retreat back to their empty existences, eagerly awaiting the next time they get to “help” other people find success and happiness.

I still watch the fear-of-success man from a distance, marveling in dismay at how he has managed to achieve exactly nothing that he finds worthy in all the years that I’ve known him. He tells a big story about all the happiness and success he’s created in his life, but in actuality finds himself stuck in the quicksand of comfort, sinking without a fight, allowing things to happen to him instead of working to make things happen. Paralyzing fear is quite a powerful thing.

Be wary and watch your back. Protect yourself and don’t take any unfounded advice thrown at you like so much gloopy, stringy spaghetti. Instead, accept the proffered help with grace, acknowledging the fact that all these people have in their lives is telling other people how to run theirs. Be kind and don’t judge. Observe with a keen eye, with a sense of humor, and with integrity.

And, if you ever feel the uncontrollable urge to give people unsolicited advice, take a look at your own life and personal fulfillment. Maybe it’s time to do some re-evaluating. Remember, it’s never too late to pursue happiness.