Did you know that 93% of homes have a junk drawer? I too am part of this statistic, but rather than a drawer, I put my junk in buckets.  Why a bucket?  Really, the better, often overused question is,  why not ?  They're readily available (after finishing off the kids' cheese puffs), closeable, and can be packed away out of site under my kitchen cabinets. I mention this because... I want you to think of this site as a junk bucket. It's more or less filled with belongings of similar uses, but don't be surprised if there's something completely off-the-wall unrelated. A sort of ensuing chaos, but not the bad kind. The kind that keeps you entertained, thoughtful, aware... Words to provide direction, words to provide insight, consciousness, thoughtfulness, empathy, sincerity... Words to remind us of our human capabilities, ingenuities, and perspectives. At  The Bucket Digest...   we speak of art and writing, our lives, and the lives of others in the hopes of creating a
Post a Comment
Read more

Continuing How Not to Give A F*** 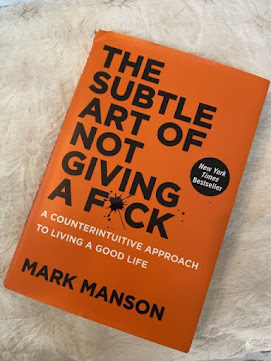 Looking to continue reading this book...I could really use the inspiration right about now.  Not that life is particularly unfair right now, but the new year hasn't started off that great... I was let go from my job and suddenly very aware how wrong it was to cling to it (as though they'd never let me go if I worked hard.) So currently, I'm on the search for new clients, with a company I can trust to do right by me.  There are a couple potentials that I'm really eager about, and I'm hopeful for what the future will bring. A future of changes. On that note, here's a question for my readers, what book has changed your life? For the better or for the worse?  I think it's interesting to hear stories behind our favorite books, or least favorite.  I have quite the collection, but there's nothing more satisfying than grabbing a few more books and adding them to my shelves... ...and nothing more interesting than picking up book recommendations, as it's like
Post a Comment
Read more 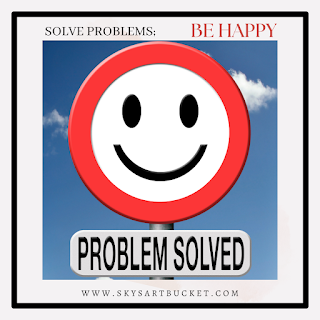 Is it ever that simple? Manson's idea of "solve problems; be happy," is a concept that leaves us readers to present the usual, wet-rag-cliche, "easier said than done," until it's no longer a wrung-out towel but rather just strings of fabric left in the turnaround of aggressive squeezing.  As cliche as the saying is, it's often true. How we go about un-truthing this truth has yet to be discussed, but Manson presents two problems that halt happiness progress- i.e. the 'solving' of our problems.   1. Denial "Some people deny that their problems exist in the first place. And because they deny reality, they must constantly delude or distract themselves from reality. This may make them feel good in the short term, but it lends to a life of insecurity, neuroticism, and emotional repression." 2. Victim Mentality   "Some choose to believe that there is nothing they can do to solve their problems, even when they in fact could. Victims seek
Post a Comment
Read more

Happiness is A Problem

"There is a premise that underlies a lot of our assumptions and beliefs. This premise is that happiness is algorithmic, that it can be worked for and earned and achieved as if it were getting accepted to law school or building a really complicated Lego set...this premise, though, is the  problem . Happiness is not a solvable equation." Leave it to Manson to have me questioning everything I thought I knew about happiness in just a few sentences.  If he was here right now, I'd ask,  Manson- are you telling me that happiness isn't something I build for myself? That it isn't a constant state once I understand how first to achieve it? And looking at those questions now, they almost seem ridiculous to assume. I thought it was a state of mental control- that happiness was something I could eventually- as one would start an engine- ignite at moment's notice- even in the face of collision-worthy problems.  Yet, here I am- mistaken (but what about the optimists?)  &quo
Post a Comment
Read more

How Linda Belcher Gave Me the Confidence to Leave the "day-job" I Had Just Started. 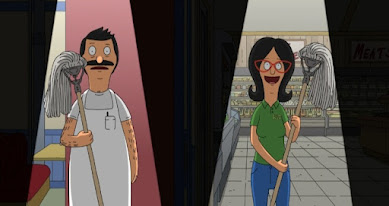 Season 3 Episode 14 Linda starts a job at the local grocery, and within a week she's hired full-time as a shift lead.  On her first day without the manager... ...she's taken advantage of, and everyone ends up with the day off...but her.  Safe to say it all went to he** from there.  She quits, no notice, and returns to the restaurant to be with her beloved husband and children.  I don't know why, but this episode spoke to me.  Here I was, working my "day" job (which is actually a midnight, but ya know) wondering why I can't just quit when things would be better for myself if I did.  But I pride myself on several things when it comes to a job: - Timeliness - Effort  - Committment  And this being a job I just started, it didn't sit well with me to leave when it hasn't even been a month.  And I admit, there is still a guilty feeling.  I have a nice boss, nice fellow employees... overall easy job requirements.  But I'm suffering.  The exhaustion I feel
Post a Comment
Read more

We Care Too Much About Insignificant Things 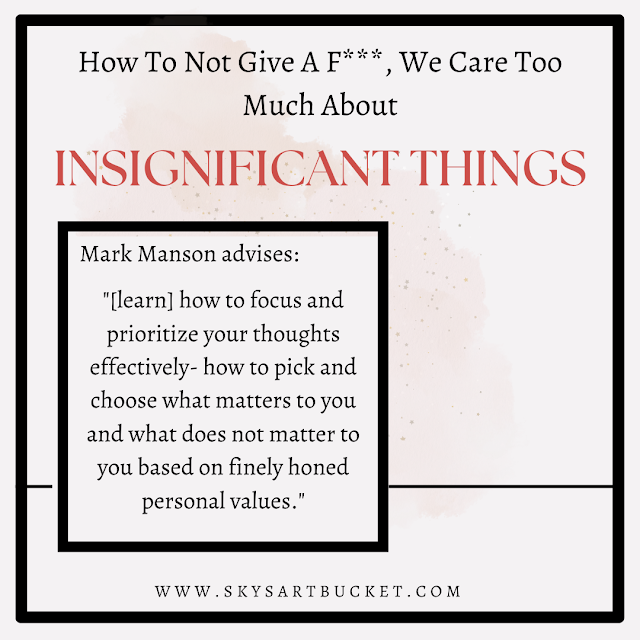 "To not give a fuck is to stare down life's most terrifying and difficult actions and still take action..." If you read our last article covering Manson's self-help book, see [link], then you know that when Mark said to "not try" he meant to not try and avoid the negative experiences associated with life that we are so afraid to face--   and instead, tackle them head-on by "not giving a fuck." As to what that entails, we'll cover it later.  In the meantime, tell me if this sounds familiar: "[You] give too many fucks in situations where fucks do not deserve to be given..." I think that's something that all of us can relate to. Instead of caring about insignificant things, Manson advises:      "[learn] how to focus and prioritize your thoughts effectively- how to pick and choose what matters to you and what does not matter to you based on finely honed personal values...it is perhaps the most worthy struggle one can undertake
Post a Comment
Read more

Wait ... what ?  Did I read that right?  "It's a Negative Experience Wanting A Positive Experience" Last Monday, we covered Mark Manson's "Feedback Loop From Hell," but that was only the beginning of the bizarreness and eccentricity evident throughout the pages of this book that I can't help but continue reading.  The more I follow his words, the more connected I feel to Manson, almost as if he's describing me, and my problems, within the chapters and their subcategories piece-by-piece, shrinking the puzzle of my life into something so insubstantial, yet positively so. How the  heck  does he accomplish that...? I'll tell you: He Introduces the Backwards Law (Philosopher Alan Watts) The title of this post, "It's A Negative Experience Wanting A Positive Experience," is  an  example of the  B ackwards Law.   Confusing I know...  but listen to this,           "[The Backwards Law is] an idea that the more you pursue feeling better
Post a Comment
Read more
More posts