It's a Blurred Line between Manifestations and Lies

Originally published on Words Between Coasts. 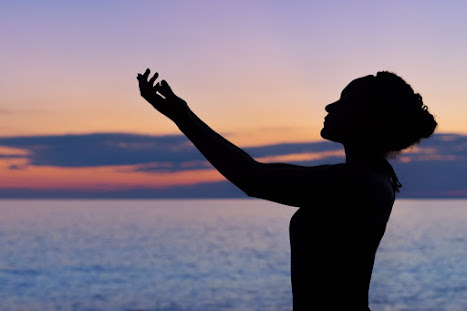 The Thin Line Between Manifestation and Lying to Yourself

The laws of attraction.

All of these buzzwords into which I poured my heart and soul for so many years. The journal entries, the visualizations, the positive affirmations… Writing intentions time and time again, declaring that which I deserve, meditating, meditating, meditating… All in combination with hard work, focus, and dedication.

After years - after so many years dedicated to manifestation and nothing to show for it, a giant wave of uncertainty came crashing down. I was left in the middle of a thick debris from my shattered unfulfilled manifestations turned to dust of hopelessness, one question nagging at me:

Where does the mindset of manifestation end and a lie begin?

Where’s the line between positivity and lying to yourself? I’d spent so much time and energy trying to will things into existence, doing my best to be specific, but not too specific, keeping a positive attitude and certainty of results, because, remember, it may be now or ten years from now, it may happen in the way you think it will or it may happen in an unexpected way, you never know! And, looking back at it from an outsider’s perspective, this seems like a load of guff.

Of course they tell you to be open to things happening unexpectedly, at a different time, or in a different way, or maybe completely something else will happen that you didn’t think you needed but the Universe with a capital 'U' wanted you to have it, but whatever it is, you manifested it, maybe even accidentally, because the reality is that the thing you were actually trying to manifest may never even happen at all and they don’t want their belief in the power of manifestation to crumble.

But of course they believe it, I believed it, because they knew someone who knew someone who made it work. They believe it because it’s the last vestige of hope shielding you from the bottomless pit of failure, the never-ending doubt of whether or not you’re doing what you should be doing, or if you’ve wasted your life, your precious time, on a venture that was doomed from the start.

So, you make your vision boards, you glue the pictures and the words of affirmations like a child in an arts and crafts class, because that’s all you can do. That’s the only bit of control you feel you have over the situation. And, what’s the worst that can happen? It doesn’t work?

Yes, that is the worst that can happen.

Because, not only did you waste your entire life on a venture that was doomed from the start, but also because you wasted even more of your precious time living in a lie disguised in positivity. And, even worse, you’ve brought so many others along for the ride. And how embarrassing, how absolutely humiliating would it be if this thing you poured so much of your heart and soul into didn’t work out?

So, you keep trudging along, sticking harder and faster to your guns out of fear of being found out, what they now call ‘imposter syndrome’. You tell yourself it’s not working, they tell you it’s not working, because you probably have a fear of success. Or, maybe the wording that you're using isn’t quite right. Your intention isn’t focused enough. You’re asking for something too specific. Or, maybe you’re not specific enough. Maybe you’re not ready, or it’s not what the Universe wants. There’s an emotional block, or someone’s in your way. And down the whirlpool takes you.

And you can’t say the words ‘coincidence’ or ‘luck’, because that would completely shatter the fragile framework of the entire belief system. Because it means that you actually have no control and everything you’re doing really is a lie, that it really is a completely hopeless endeavor. And let the humiliation commence.

After having finally admitted that this not only wasn’t working, but also wasn’t healthy, I realized that it’s not supposed to be that grueling and painful. The goal of this kind of mentality is to ease the stress and help you to trust in the process we call life. Instead, it blurred my purpose and confused my goals. I was terrified of missing a day of my rituals, of the desperation and the anxiety. The self-doubt grew within me without me even realizing it. All because I was putting so much work, so much of myself, into what I believed to be my future, only to find that I was ignoring the things in my life that really mattered.

I do believe that there is a place for a mindset of manifestation.

And I, of course, agree that a positive attitude is half the battle. I think that hard work is essential and that gratitude is one of the greatest gifts we have as humans and we need to utilize it every single day. But I also believe that we need to take the emphasis off of the results and focus on the journey. Because it never really ends until it, you know, ends. The visualizations, the rituals of manifestations, are all results-oriented; they are to get us to a certain place. But, we need to take the time for what’s right in front of us. We spend too much time focused on results for our future when we’re not even promised tomorrow. Then, we look back one day and wonder how we even got here because it seems like we missed the entire ride.

I’ve come to the conclusion that success is hard-work-meets-luck.

I know that ‘luck’ is a no-no word, but is it really so bad? You don’t know what’s going to happen, so when you’re lucky enough that the opportunity arises, you’d better be prepared for it with all the hard work you’ve put into what you want.

If it works out for you, great.

And if it doesn’t work out for you, you can take solace in the fact that you did what you could, and maybe this time the cards just weren’t in your favor. And you can be free to move on. Because you don't have to blame it on your lack of manifestation powers.

Maybe it’s just as simple as that.

Photo by William Farlow on Unsplash