Previously Published on Words Between Coasts. 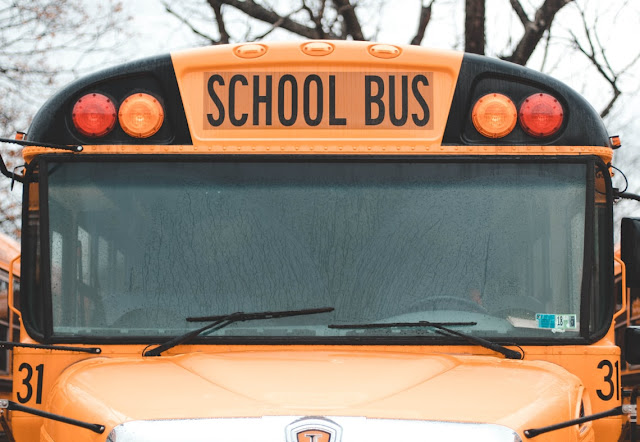 Yes, Face Blindness is Real, and this is What It’s Like to Have It

If I re-introduce myself to you after we’ve already met, please don’t be offended.

When I was 5, my mom sent me to summer camp. I had to take a big, yellow school bus. On my first day, the bus driver told all of us on the way to camp, “we are Bus Two! Remember to come to Bus Two after camp! What bus are we?”

“Bus Two!” We all recited in unison.

At the end of the day, I went searching for Bus Two. I was a painfully shy kid and had a very hard time in social situations, so the day had been overwhelming enough and I just wanted to go home. I found the bus with a sign that said “2” in the window, so I climbed the steps and entered.

Once inside, I looked around. I didn’t recognize a single person on the bus.

I turned in a panic and ran back down the steps, humiliated that I had boarded the wrong bus and terrified that I was hopelessly lost. I looked around wildly for another Bus Two, but all I saw were buses with other numbers.

The camp counselor in the bus I had just accidentally boarded came down the steps after me, having noticed me in my frenzy.

I looked up at her, this well-intentioned young woman that I was sure I’d never met, horribly confused at why she couldn’t see that I did NOT want to come on the bus, because this was the WRONG BUS and I’d been LIED TO about BUS TWO! So, I burst into hysterical tears. She looked at me, completely bewildered, trying to console me, but all I could do was wail.

Eventually, she got me on the bus, showing me my name on the bus driver’s list. Because, you see, it was, in fact, the right bus. I sniffled the entire way home.

I have always had trouble recognizing people. From being a child and running up to the wrong couple thinking they were my parents, to re-introducing myself to people I’d met several times, to not being able to follow movie plots because I couldn’t tell the actors apart, I’ve been plagued with this odd problem of not being able to keep a person’s face in my head.

When I was in my early 20s, I was having a conversation with a psychologist. We were talking about a dream I’d had, when I asked, “is it normal to not see faces in dreams?”

“Well, it depends. Do you usually see faces in dreams and you didn’t see them this one time?”

“Can you picture faces in your imagination?”

I thought for a moment, trying to recall my mom’s face, my mother who I still lived with and saw every day.

“What do you see instead?” he asked.

His lips tilted up slightly in a small but knowing smirk.

“Do you have a hard time recognizing cars?”

I was taken aback by this question.

“Yes, actually. I always have to memorize license plates to find the right car.”

And that’s when I found out that it had a name: prosopagnosia, or face blindness. This kind of silly thing I’d been plagued with my entire life is real. And I wasn’t the only person in the world who had it. In fact, it is estimated that around 2% of the population also has it.

Getting this understanding shed a lot of light on many experiences in my life that shape my behavior to this day. Now I understand why I’ve always been so afraid of meeting new people, why I remember people by their voice instead of their facial features, and that I’m not stupid - I just didn’t understand the movie because there were too many characters and I couldn’t recognize them all.

I use devices to remember who people are. It’s often a specific, unique indicator to the person - a mole on a person’s cheek, their bright blue eyes, curly hair, or unique shade of skin color. However, it’s not foolproof. My boyfriend always laughs at me for constantly mixing up Dallas Raines and Danny Romero, two of ABC7’s meteorologists who, apparently, look completely different, down to the fact that Dallas Raines is white and Danny Romero is Hispanic. But, can you blame me? They have similar haircuts, wear similar suits, and have similar dispositions of being a little too excited about the weather.

Also, according to the psychologist I spoke to, having trouble recognizing cars is common with people who have face blindness. This brought to mind the time I was doing a national tour of a musical, where we drove through the U.S. in a van. I had to take the van to the store one day to pick something up. When I exited the store and got into the parking lot, I could not see the van anywhere. There were several vans in the area in which I parked, and it was an old van that didn’t beep when you hit the ‘lock’ button on the key. I pressed the ‘panic’ button, wondering what would happen if I had to call someone to come rescue me, and, luckily, was able to find it.

Having a diagnosis does not let you off the hook, though. When I inevitably mix people up in real life, it gets very embarrassing. If I try to explain that I have face blindness, people laugh, thinking it’s a made-up thing from Arrested Development. And, look, I agree - it is a pretty funny condition to have. But, guys, I’m telling you. It’s real. It is very, very real. So, if we meet and I reintroduce myself to you 10 minutes later, please don’t be offended. Because in my head, you’re just a blob with different colors, and that’s not going to help me remember what you look like.