The Burden of Having a Voice, by Andrea Geones 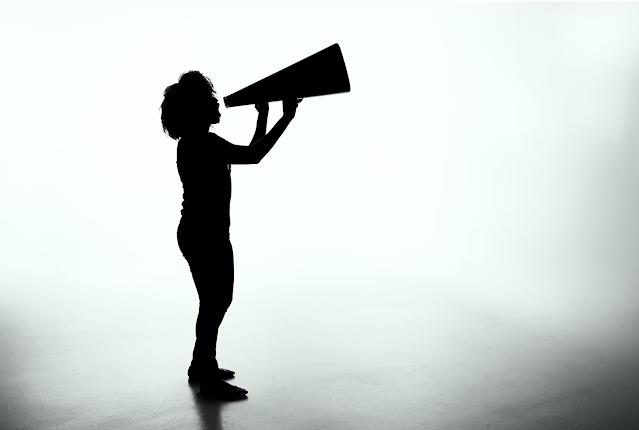 The Burden of Having a Voice

By Andrea Geones from Words Between Coasts.

When I was in third grade, my mom came to my class one day to help out with a project.

I had a deeply-rooted fear of people from a very young age. My greatest desire was to be invisible, but since efforts to achieve that goal proved fruitless, I spent much of my focus on surrounding myself with a repellant energy. As you can imagine, I maintained very few friends, but that was OK. My fear of people overrode my desire to belong.

I stayed very attached to my mom for many years. So, when she came to class that one day, I experienced something I’d never felt before while at school, which was some semblance of confidence. I was able to keep my gaze up past the toes of my shoes and actually held some conversations with people here and there. Buoyed and bolstered by the presence of my mother, I was actually able to relax, even if it was just a little bit.

At the end of the day, she and I walked my teacher back to her classroom. The three of us happily chatted the whole way. As we arrived at her door, she turned to my mom and said, “it was nice spending time with the two of you today”. Then, she gestured to me, and added, “I didn’t even know that she could talk!” Chuckling, she sidled into her classroom and my mom and I watched her head thatched with white cotton candy hair disappear behind the door.

The whole way home in the car, I sat fuming. I was shocked, insulted, maybe even outraged that my teacher, who had taught me for six months, didn’t even know that I could talk. If there was one thing that my parents were proud of me for, it was my aptitude towards English. By the time I was two, I was talking not just in complete sentences, but in grammatically-correct paragraphs. I had memorized entire books, complex dinosaur names, and long songs by that age. My pronunciation was correct and sentence structure immaculate. Not only could I speak, but I could speak well.

However, my indignation couldn’t last long. I was a child incapable of telling a lie, especially to myself. I had to begrudgingly admit that I was a walking paradox; someone who was highly skilled with the art of conversation, but too scared to utter two words, even in the classroom. In other words, I was shy, and painfully so.

Shyness has plagued me my entire life. Even to this day, over two decades later, I have to confront it on a daily basis. I don’t know if its true origin lies in genetics, making it just the way I am, but I do know that it was at least enhanced by my gender. Or, rather, how people expected me to behave based on my gender.

Even now, in the days of the women’s revolution, these habits are deeply ingrained into our behavior, like brain tattoos. It takes a lot of courage to speak our minds, to entertain the thought that what we have to say may even mildly inconvenience someone else.

You may think that this is an antiquated way of living, but the truth is that, even in its archaic inception, it is braided into the way we raise our little girls. This ‘nurturer’s mindset’ has been in play since ancient civilization, so it’s no wonder that it’s taking so long to undo. It’s become a habit. No matter how much we stare in the mirror and tell ourselves that we ARE worthy, that we ARE entitled to our opinions, thoughts, and desires, and to be vocal about them, we must always fight to untangle ourselves from these antediluvian threads that tie us down to the burdens we are expected to bear.

Many brave, modern women make efforts to break these threads, but it doesn’t mean that they are completely free. It mostly means that they are aware of the threads and actively work towards fighting against the learned impulses that make up these threads. This takes a lot of courage and self-awareness.

How unfair is it that we are expected to bear the burdens that we are afraid to put on others? The burdens are disproportionately divided. Brainwashed to think that we can not hinder others with these burdens, we allow them to build up on our shoulders, becoming heavier and heavier, bending our spines until they start to splinter, but never are we expected to ask someone to bear these burdens with us. Even when our partners, families, friends, tell us that we can share, we decline their tempting invitations until they get upset. Then, we finally give in because we can’t bear the thought of having made our loved ones upset. It’s a rather cruel cycle that we willingly and unwillingly put ourselves through.

So, we trudge on, some of us making small strides at a time, others bigger strides, and some seem to be moving backwards, and those people we must pity. The important thing is to make objective decisions on what we deserve, and admit to ourselves that we are worthy enough to have beliefs, thoughts, and desires. We must work to not pass on to our daughters the burdens that we carry. After all, we all have a voice. We may as well use it.