Are You My Mother, Karen? by Andrea Geones

Previously Published on Words Between Coasts. 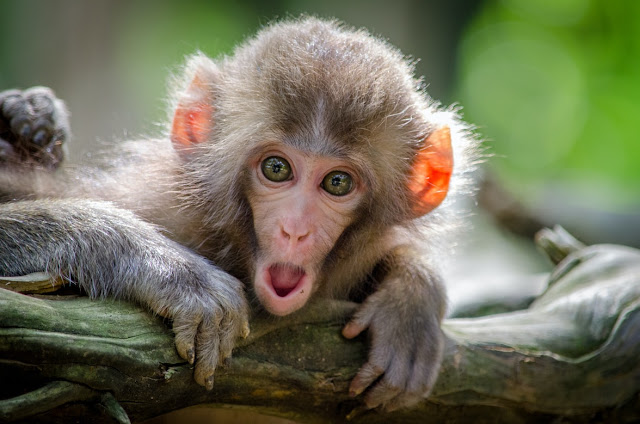 Are You My Mother, Karen?

Throughout my life, there’s been this recurring theme of people to whom I’m completely and totally unrelated thinking that I am their daughter. Not in the way where they may feel that they are a maternal or paternal figure in our relationship; I am their actual daughter, but through some sort of divine intervention or spiritual act of defiance, I was birthed by someone else.

I used to be intrigued by this idea- that you could physically and biologically belong to one couple, but your soul belongs to someone else. I don’t know that I necessarily believed it, but it was a fun notion to entertain - until I met this woman.

At the time, I was working at a kids' party place. You know, the kind that’s filled with dress-up clothes and pirate swords, where we do face painting and freeze dance. The type of place where kids get to meet real-life princesses and princes- us, dressed up in cheaply made gowns that are safety pinned in the back to within an inch of their lives so that we don’t flash some unsuspecting children and give them a birthday party they’ll never forget.

This particular day was a Wednesday. There were no parties. I was manning the store, answering the phone when it rang, and minding my own damn business when all of a sudden I got this feeling of dread in the pit of my stomach. It was telling me to lock the door. So, I stood up and ran to the entrance of the store. I had just about closed it when a purple fishnet-gloved hand shot out, blocking the door from closing. I looked up to see a woman’s face grinning at me with mossy teeth, wild eyes, and a frame of platinum blond hair.

“Are you open?” She asked. Then, without waiting for an answer, she barged right in.

Let’s keep in mind that I was 19 at the time and had no idea what to do.

I watched her helplessly from the door. Her purple spandex top and leggings clung to her body in a most unflattering way, and the dry cleaning bag that she held as a purse combined with the purple fishnet gloves completed the perfect picture. She was walking around, exclaiming about how great the place was, and how she was going to send so many kids there. I trepidatiously asked her if she knew many kids, and she turned around, looked me straight in the eye and said, almost maliciously, “I know all the kids.”

She looked me up and down, sizing me up. She decided that I was trustworthy, and proceeded to tell me that she was Mary Magdalene and Jesus Christ, and that she was here on Earth to rid the world of demons and the devil. She warned me about the man who owned the dry cleaning shop a few doors down, because he was the devil, which made me wonder where she got her lovely purse from.

Something in me must have indicated to her that I wanted to hear more because she kept going. She told me that she was half-alien, half-monkey, and that she could shoot a basketball into a hoop by throwing it backward. To demonstrate, she grabbed my keys and violently threw them across the room.

As I meekly walked over to pick them up, hoping they weren’t broken, she informed me that she was the best dancer in the world, and proceeded to danced for me- her feet were rooted to the floor, but her torso jerked about every which way and her arms propelled around like helicopter blades. I feigned enjoyment, and she told me that she was the best singer in the world. Her singing was akin to Janis Joplin, except without the rhythm, pitch, or talent. She told me to come see her sing at the jazz club in two Thursdays.

And then she said the words to me that piqued my interest: “I’m going to put you in all the magazines! I’m going to make you a star!” Of course, to an actor like myself, words like that are music to our ears, and suddenly the person’s external appearance fades and we say things like “say more, please. I’ll do anything you want. Would you like me to clean your house? Sweep your floors? Brush your teeth?” She said that her ex-husband was an agent at some big agency and she’d get me a meeting.

This is when she decided to open up to me about her crystal meth days, and about how “they put her in a mental institution”. Apparently, she was Sleeping Beauty and they couldn’t wake her for a thousand years; a beautiful metaphor, actually. Her other names were Snow White, Cinderella, Rapunzel, and Karen.

Then, she told me that she was also a personal trainer, on the side.

She stopped and looked at me. Her eyes pierced mine. I froze. She said to me “who is your mother?”

The woman said, “do you get along with her?”

The corners of her mouth tilted up in a smile, but her eyes were full of deep, profound, sad meaning. She said, “I hate to tell you this, but I think I’m your mother.” She said that she had four children, and I was the third that she’d found.

I asked, “if you’re Mary Magdalene and Jesus Christ and I’m your daughter, then what does that make me?”

“You’re the one they’re looking for,” she ominously responded, adding cheerfully “now I know where you work, so I can come visit you anytime I want!” I smiled halfheartedly.

She waved her arms around her head as if she was swatting away a swarm of bats, and explained that she was surrounding me with warrior angels so I’d always be protected. Then, she kissed me on the cheek, said “I love you”, and left. I stood there, in the middle of the store, frozen, asking myself what the hell just happened.

She came back looking for me twice after that encounter. The first time, I was there, and her appearance was completely different. Her hair and teeth were clean, she was wearing nice clothes, and she was carrying an expensive purse. She asked me if I had a moment to talk, but I told her that I was closing the store, and ran out of there. The other time, I wasn’t there, and my boss lied and told her that I didn’t work there anymore, just to get her to stop coming back.

I haven’t seen her since. I now have a different job and I’ve come across many other fun and eccentric people, many of whom also think that I’m their daughter. But I think about this woman often; Snow White, Cinderella, Karen, whatever her name was. Mom, I guess I should call her. Maybe one day our paths will once again cross. Only time will tell.

guest guest blogger guest post regular guest writer
Skylan Abraham
My name is Skylan Abraham. I'm a 23-year-old woman with an admiration for all things creative. I am mother to three boys and a fiancée to my best friend Jacob. Art has been a part of my life since I was young, and it'll never NOT be a part of me.