To My Fellow Writers 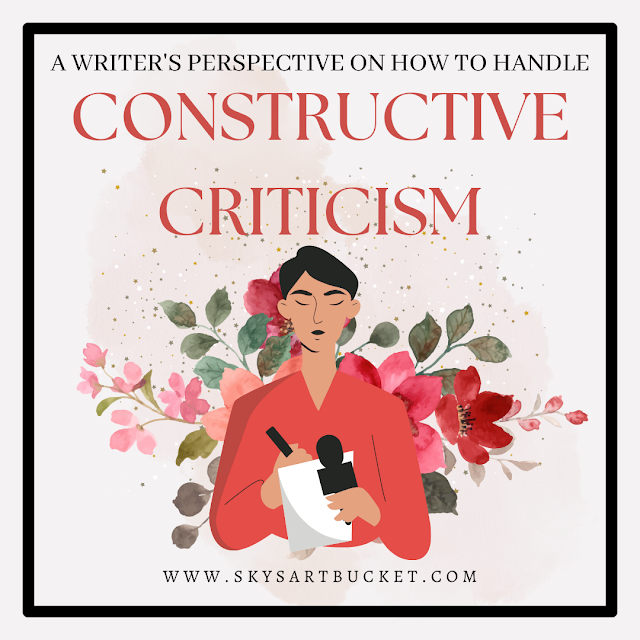 There’s constructive criticism, and then there’s criticism. Most of us can tell the difference, but if you’re one of those, “I have to get it right the first time” people (I used to be) both types have a tendency to hurt.

Here’s how I stopped being depressed at the “failures” constructive criticism pointed out in my writing:

I know it's counterintuitive to what I just said, but it's true! When something needs adjusting, it's not about what you failed at doing, it’s about what you could improve upon. It’s a matter of mindset.

Was it the way something was worded? Ask yourself: is there a clearer way to write the same thing? How valid is certain information to your overall point?

These are just a few things to consider.

I want to take a second here to run you through the yearly progress of my writing:

I credit first the English teacher I had in my junior year of high school. Under his mentorship, my essays improved considerably from the beginning of the year to the end.

He was a humorous man, but he did not beat around the bush when it came to grading my essays. Initially, my essays consisted of too much “fluff.” I wanted to keep the essays interesting, but that often lead to me running off on an unrelated tangent that had no relevance to the subject I was writing about. So, the biggest skill I took from his class was how to condense– and still keep it an enjoyable, or at the very least an entertaining read.

In my Senior year, I had the privilege of being under the tutelage of Oxford Graduate Mr. Zimmerman, (he wasn’t a graduate at the time, but became one shortly after I graduated) who at the beginning of the year (this is unrelated but a fond memory of mine) asked the class if we wanted to be referred to as a nickname, with which I jokingly wrote “SkyMaster” on the slips he passed out, and the name stuck.

With thought-provoking conversation and breaking down the literature of the greats, my essay writing improved even further, and I could confidently say I was a good writer by the time I left high school behind.

But I still struggled with one thing: Essay Outlines.

Cut to my freshman year of college; my professor at the time was just who I needed. Brilliant, a humorous feminist, she was someone who pushed me beyond what I thought capable. We wrote an essay outline every week. I initially dreaded the idea, but through her advice and guidance, writing outlines became a cinch.

I’ll never forget the compliment she graced me with one day after she handed back another of our many graded essays (she always put stickers on mine). She said, “I knew you were one of my best writers within the first two weeks of class.” Two Days. I had her class only once a week, so in just two days, she was convinced.

As someone I came to admire, this compliment meant and still means the world to me. It’s a reminder of how far I’ve come…

To see and understand how far I’ve come, and to understand the importance of resilience in the face of constructive criticism…

...there’s nothing more beneficial or more impertinent to your growth.

So, if I could leave you with one piece of solid advice today, I’d say to take everything with a grain of sugar (before you come at me, I know that’s not the original saying).

P.S. If you didn’t know, the original means to take in information with a skeptical attitude, and although this should apply to some things, in the context above, it’s rather the opposite of how you should be– therefore, “salt” is replaced with “sugar,” in which case you should take the good from the bad/criticizing.